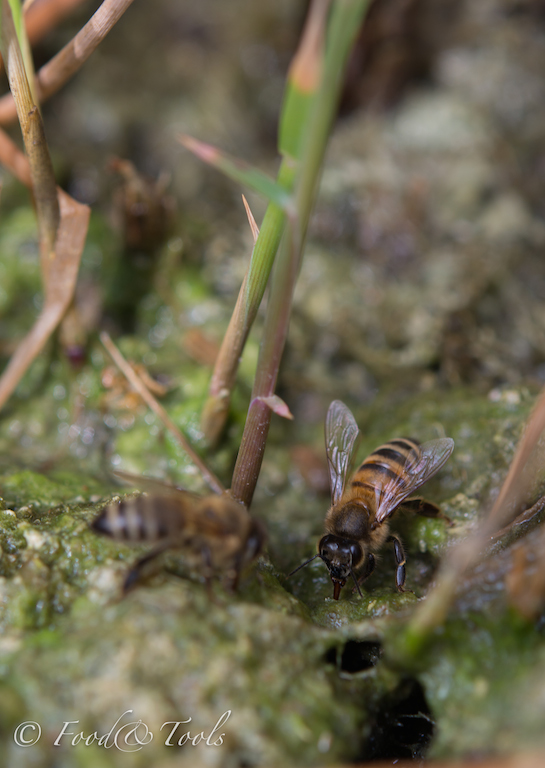 Although we are in March, February was the wettest and coldest month recorded for many years. The styrofoam covers kept the beehives from getting soaked  when torrential rains lashed the island. With lots of moisture and cold in the atmosphere this was the first time I noticed condensation inside the hive. This concerned me… bees can handle cold, but not cold and wet, this chills the brood and bees, killing them. Also it can lead to mould, disease and fungus within the hive. Placed newspapers under the inner cover to help absorb some moisture in case it was dripping over the brood nest, this helped but didn’t eliminate it completely. Looking back on last years notes, last February was warmer, the lemon tree was in full bloom… but not so this year.

Inspections were kept to a minimum during unfavorable weather conditions. Some bees left the hive when it drizzled rain…. but when thunder and torrential rain fell… all was eerily quite at the entrance and not a bee in sight. Some very high winds hit the island and this too takes a toll on foraging bees, battering their tiny wings, wearing them down and making it difficult to fly.

According to the Arabic lunar calendar, from February 10th until March 7th, the stars alignment takes the shape of a scorpion, referred to as Al Argrib (phonetically spelt), signaling the start of spring. The beekeeping calendar for February advised checking capped honey stores, feed if necessary and look for eggs or the queen. On inspection, capped honey was very low and not having the best foraging conditions, the bees munched their way through capped honey stores, food needed for the expanding brood nest. I find it difficult to see those tiny eggs but seeing the queen bee is always very reassuring. 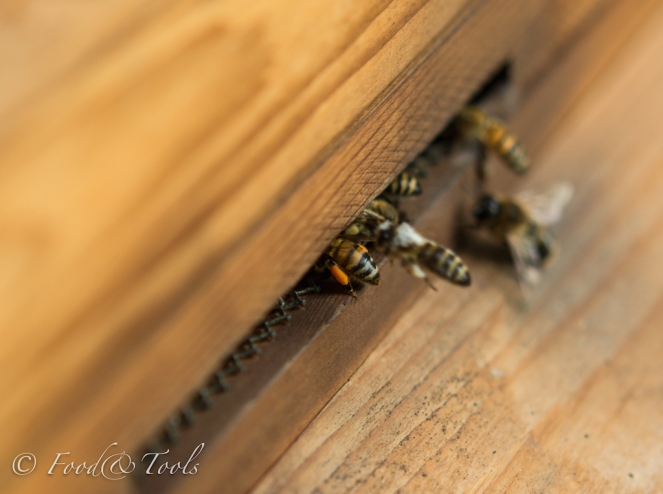 Placed a full frame of honey (from last year) back into one of the hives in case the bees required it. Although our bees forage year round, pollen and nectar supplies vary throughout the year. Observed plenty of pollen going into the hives, yellow, beige and white and saw nectar in the brood nest… so maybe all was fine and that frame of honey wasn’t really necessary. Still trying to figure out some beekeeping dilemmas. 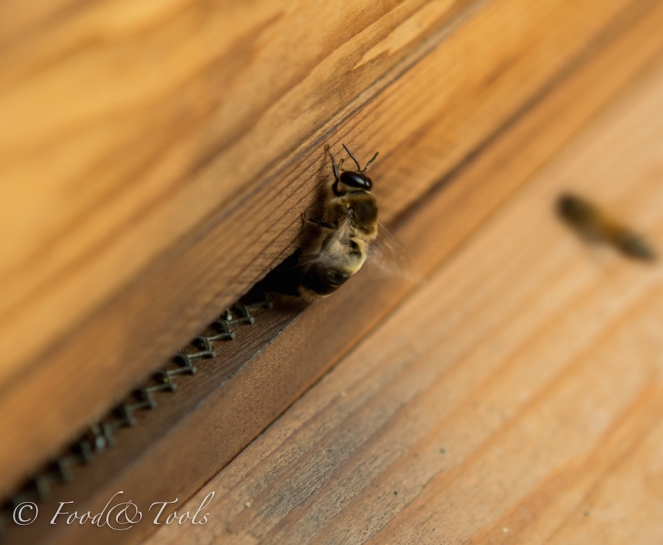 Noticed drones appear towards end of January and these rather large male bees with big eyes have huge appetites. With the unseasonal cold snap this February and food stores scarce, many were evicted from the hive. Drone bees only job is to mate with a virgin queen should one become available. Drones do not forage, do any chores inside the hive, have no stinger and can’t even feed themselves. And in Europe and colder climates all drones are booted out as winter sets in. 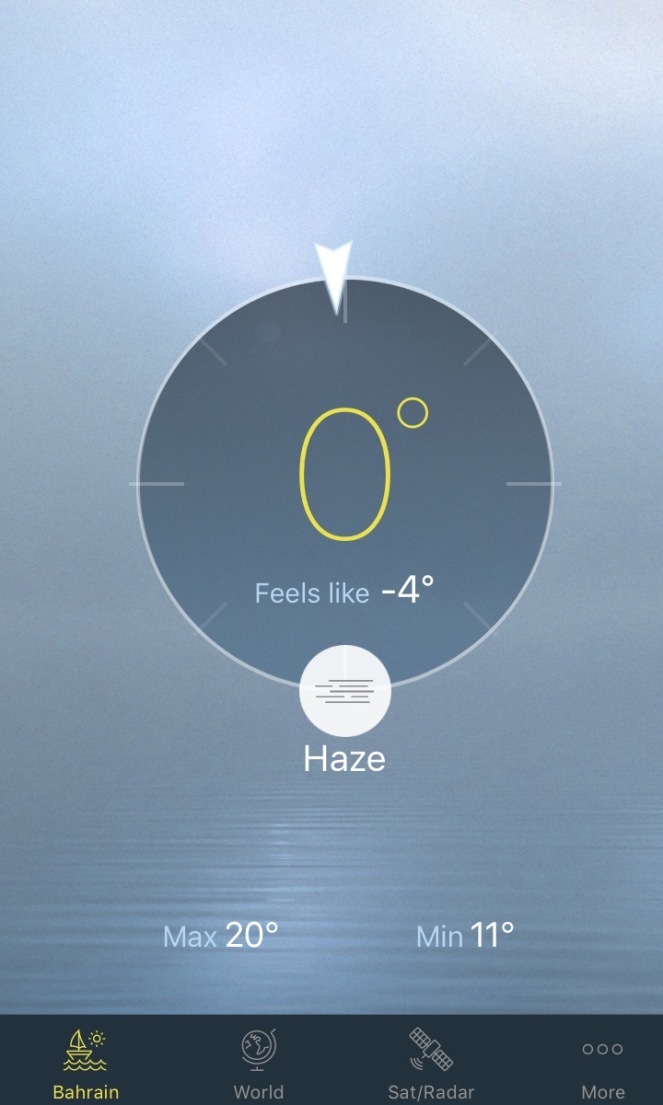 It really was cold! Screen shot from my phone.

I was planing to post this end of February but like the bees, really busy with house renovations… but it looks like the bees were even busier! They threw a swarm on the last day of February… a beautiful warm windless day and the day I was planing to inspect the hive. Should have gone with my gut feeling and carried out an artificial swarm earlier,  the bees beat me too it… I’m still learning. There were signs but my decision-making wasn’t fast enough. Luckily I was able to retrieve the swarm which landed on a tree near the hive. But this swarm was not your text-book swarm… the hive seemed to have thrown two swarms simultaneously… did mother queen bee and daughter leave together? We only realized this when we retrieved the swarm and the rest of the bees remained in a clump and did not follow like the rest. Unfortunately we were not able to retrieve this small swarm which departed a few hours later. So now my dilemma is, did we capture the virgin queen or the old queen? Only time will tell… so fingers crossed.

4 thoughts on “Bees and February”